Who You Gonna Call? Vintage Hearse Still In The Spotlight

The iconic hearse with the red-and-white Ghostbuster logo on the door from the movie went missing a year ago in Italy, where it had been on display as a promotion for a sequel. The hearse was …

Who You Gonna Call? Vintage Hearse Still In The Spotlight 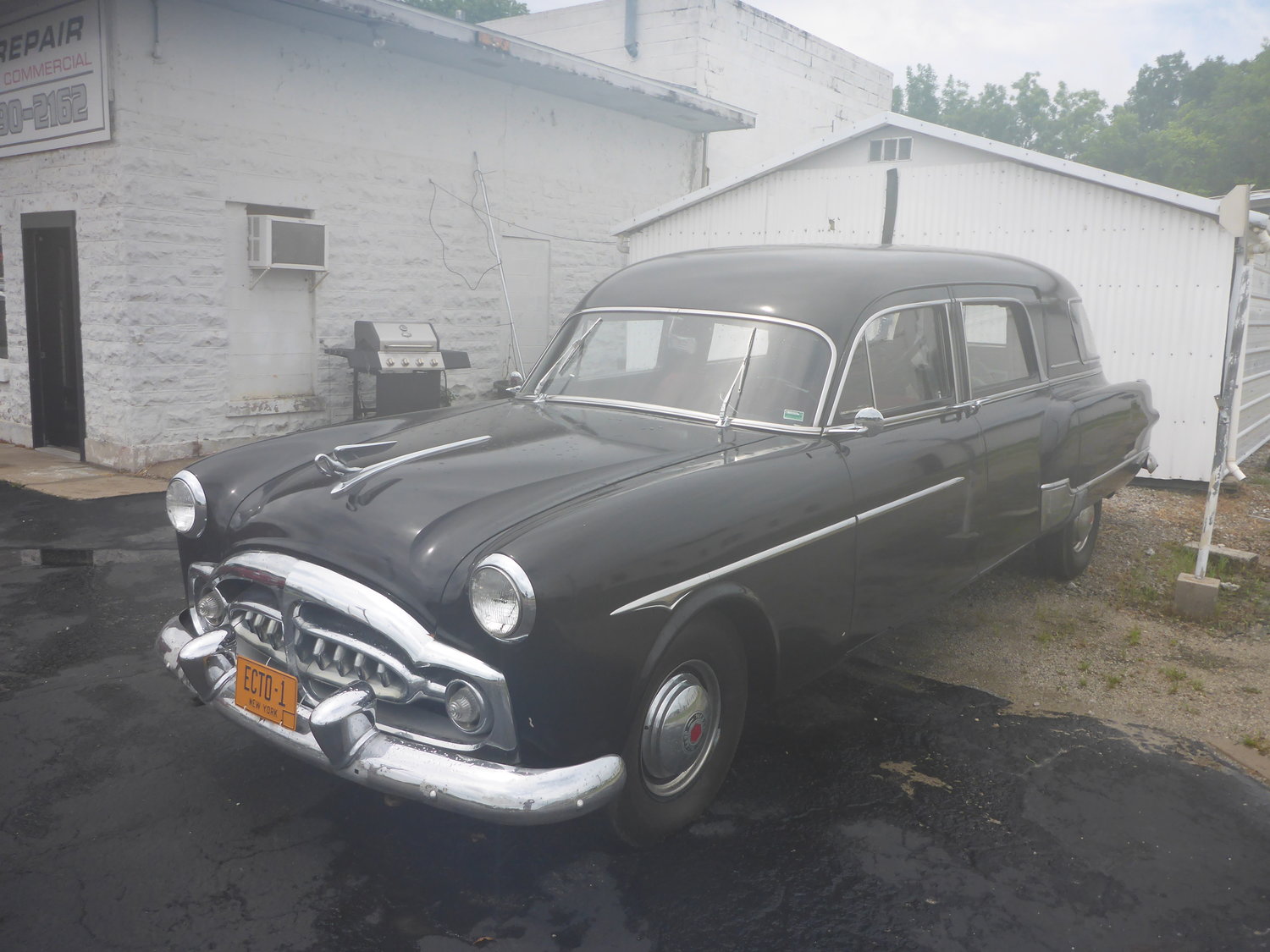 The iconic hearse with the red-and-white Ghostbuster logo on the door from the movie went missing a year ago in Italy, where it had been on display as a promotion for a sequel. The hearse was probably stolen, authorities say, but it puzzled them how such a recognizable vehicle was taken without anybody noticing.
Even parked at Matteson Auto Repair on Ohio, Clinton’s vintage hearse draws attention from passers-by, who stop and ask about it.
The hearse is a 1952 Packard that belongs to Curtis and Shelley Mills and their family, owners of the Vansant-Mills Funeral Home.
His father bought the hearse on eBay 25 years ago, but Curtis said he doesn’t remember what his father paid for it. The hearse is so rare that the National Museum of Funeral History in Houston wanted to buy it from them, Curtis said.
But the Mills did not want to let it go.
“There are only about four of them in existence,” he said.
The Mills family restored the hearse and use it for funerals if people request it. He also drives it in parades, Curtis said, or just takes it for a spin round town.
And it’s perfect for Halloween, when the Mills family participate in the annual “Trunk or Treat” community event, where children are invited to trick or treat at local business and church parking lots. Last year, the Mills chose a Ghostbuster theme and dressed as characters from the movie, he said. The Packard was also dressed for its star turn.
“That’s the year we put the ECTO-1 plate on the front,” Curtis said.
The hearse the Ghostbusters drove in the movie was a white, 1959 Cadillac Miller-Meteor Sentinel, a limo-style endloader combination, described as an “ambulance conversion.” In small towns in the old days, if someone was injured, the hearse was commandeered for transport, Curtis said.
My father used to tell this story from his teenage years in Licking, Mo. When his father, a doctor, had a patient who needed to go to the hospital in Rolla, Dad and Grandfather Reed had to go to the local funeral home and borrow the hearse. Then they picked up the injured person, who was loaded in the back.
Grandfather Reed would drive like a “bat out of hell” up to Rolla, Dad said, where he would perform the necessary treatment or operation. Leaving the patient in the hospital to recover, my father would drive the hearse home, letting my grandfather climb in the back and go to sleep.
One time, Dad was hungry and stopped at a roadside diner, leaving his father sleeping in the hearse. It was a nice night, Dad said, and there were lots of people out visiting in the parking lot.
But when he came out, he said, it was dead quiet. Everyone had left.
That’s odd, he thought, until he realized that his passenger was no longer in the hearse. Grandfather Reed had woken up, gotten out and walked into the diner, leaving a story in his wake that people are probably still telling their children and grandchildren.
The Mills’ ECTO-1 is in the shop for a tune-up, Curtis said, which is understandable, given the miles on the engine, and stories that it has rolled up on the odometer.