The Past In The Present: Civil War Re-Enactment

During the month of September, the Henry County Museum is bringing Civil War characters out of the history books and into the spotlight. Scheduled to speak are re-enactors and storytellers, including …

The Past In The Present: Civil War Re-Enactment 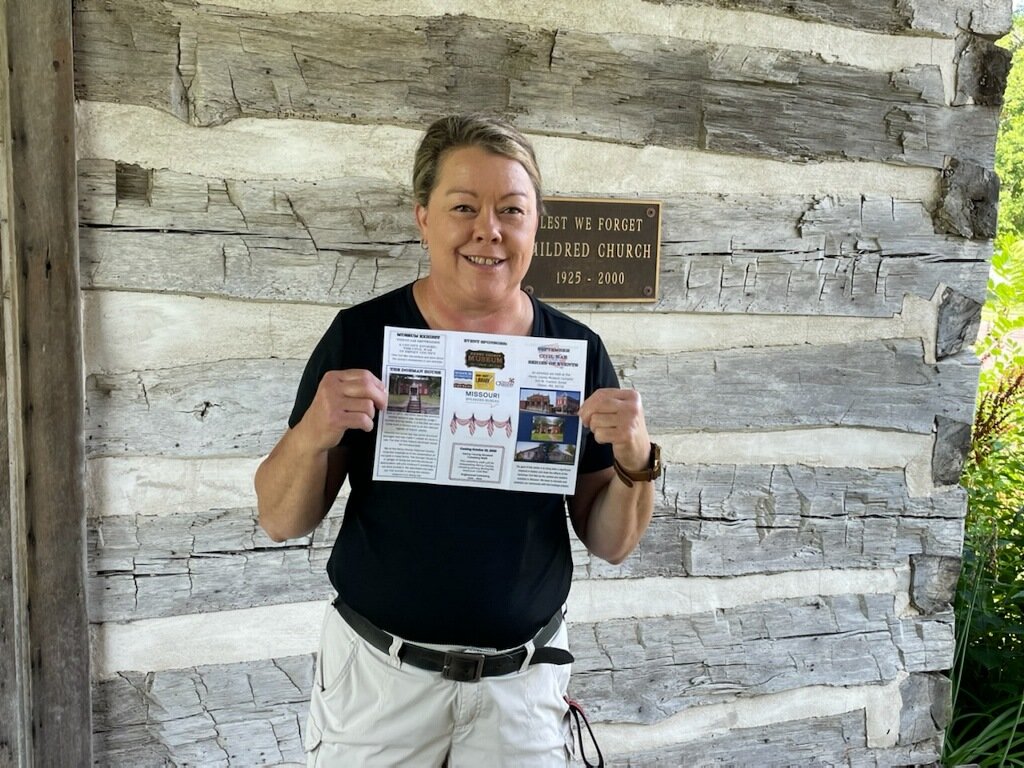 During the month of September, the Henry County Museum is bringing Civil War characters out of the history books and into the spotlight. Scheduled to speak are re-enactors and storytellers, including a Civil War doctor, a female spy and a Buffalo Soldier, plus the only female Buffalo Soldier to serve in the historic military group.
On Saturday, Sept. 17, Union soldiers will camp on the grounds of the Homestead, across from the museum complex on Franklin Street, just off the Clinton Square. The Living History Encampment includes the Missouri Irish Brigade and the 8th Kansas Infantry, according to Connie Grisier, an event organizer.
“This is an opportunity to talk to soldiers about what it was like to survive a battle,” Grisier said, “and view their tents, military weapons and gear.”
The idea for September’s living history events originated with Luke Edwards, a museum staff member who is doing research on the Civil War for the fall Cemetery Walk. Grisier, the museum's children's program coordinator, suggested adding speakers and Civil War re-enactors.
There is no charge to visit the encampment or attend the presentations, on Saturday afternoons and Thursday evenings throughout the month. They start on Saturday, Sept. 10 at 2 p.m with Charles Cunningham portraying a Civil War doctor. Cunningham, a member of the Missouri Brigade Medical Services, will bring examples of medical equipment used during the war and discuss its use.
On Thursday, Sept. 15, at 6 p.m., John Bruce rides out of the pages of history to deliver stories of the Buffalo Soldier. Bruce, a veteran, is president of the Alexander/Madison Chapter of the Kansas City Buffalo Soldiers. With him will be George Pettigrew, great-grandson of an original Buffalo Soldier, and Donna Madison, who portrays Cathy Williams, the only woman ever to be a Buffalo Soldier.
Their motto: “Deeds, Not Words.”
The encampment is the following Saturday, Sept.17, from 10 a.m . to 5 p.m., along with a “Save the Dorman House” cookout, from 11 a.m. to 2 p.m. The cookout is a fundraiser to repair Clinton’s historic ante-bellum home.
On Saturday, Sept. 24, at 2 p.m., Matthew Hulbert appears via the internet to give a virtual lecture on the topic: “Killing Quantrill: The Hunt for Missouri’s Most Notorious Civil War Guerrilla.” Hulbert’s research included interviews with descendants of people involved in the hunt. It did not end happily for Quantrill.
On Thursday, Sept. 29, at 6 p.m., Joyce Slater tells stories in first-person of both Union and Confederate women, who were spies, nurses and wives. The code of the Civil War forbade harming women. As a result, wives were left at home to face recruitment press gangs, and served as spies or envoys, smuggling men and supplies through enemy territory.
“We hope to educate and entertain our community with this heritage project,” Grisier said.
Although no Civil War battles were fought in Clinton, it was the site of a skirmish near the Dorman House, which is part of the museum complex. The house is named for Judge Jerubial Dorman, who was in charge of the Home Guard, which was required to be loyal to the Union.
When Union soldiers came to town, however, men who didn’t want to be conscripted to fight hid out in the river bottoms west of Clinton. According to a former museum director, a white sheet was flown from the second floor of the Dorman House when it was safe for the men to return home.
Structural deterioration to the foundation of the Dorman House has resulted in it being closed. The Henry County Historical Society, which operates the museum, is holding a fundraiser/cookout on Sept. 17. Cost for a barbecued hamburger or bratwurst on a bun with toppings, sides of potato salad, baked beans, coleslaw and a dessert, is $10.
The Dorman House is listed in the National Historic Register.
During September, the museum will have an exhibit, “A County Divided: The Civil War in Henry County,” with artifacts from the era. The exhibit will be in the museum annex, 203 Franklin St., Clinton, Mo., 64735. There is no charge to visit exhibits in the gallery area of the annex.
Speaker presentations will be in the annex or the DeLozier Building, on the Square at the corner of Franklin and Washington. There is free parking on the street, and in the museum lot.
“The goal of the speaker series is to bring alive a significant era in history and show the effects of the Civil War on the central and western counties of Missouri,” Grisier said.
Civil War September is sponsored by the Henry County Museum, the Henry County Library and the Clinton Chamber of Commerce, with support from the Missouri Humanities Council and the Missouri Speakers Bureau. Kline Spangler, president of the Henry County Historical Society board, is on the organizing committee, along with Grisier and Edwards.
Organizers hope Civil War buffs, people interested in learning more about local history and families with students who will be studying Missouri and U.S. history will take advantage of the free speaker series and visit the encampment and exhibit.
Organizers also hope for a good turnout for Henry County Museum’s Cemetery Walk in October.
Scheduled for Oct. 22 at Englewood Cemetery, the Cemetery Walk will feature actors in period costume portraying local citizens who served in the Civil War. For more information about events at the museum, call 660-885-8414.