On July 18 the CSD was proud to announce it has selected Jake and Melana Kenney as the head coaches of the CHS Cross Country teams.Jake and Melana, 2001 graduates of CHS, are familiar faces both in … 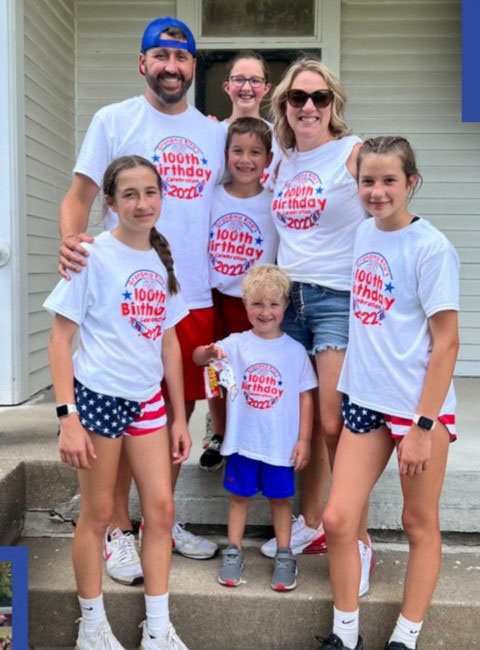 On July 18 the CSD was proud to announce it has selected Jake and Melana Kenney as the head coaches of the CHS Cross Country teams.
Jake and Melana, 2001 graduates of CHS, are familiar faces both in the district and in the community. Jake serves as the CMS Assistant Principal and, together, they both have coached many youth sports over the years with their five children, including soccer, basketball and summer ball teams. Jake was also the 8th grade basketball coach for four years.
The Kenney's were both three-sport athletes in high school. Jake excelled in soccer, basketball and tennis, while Melana played softball, basketball and ran track. Melana was a state qualifier in the 4x800m and Jake was a two-year member of the district champion basketball teams.
“We are so excited to help grow this already successful program that took four kids to state last year,” says Jake and Melana.
“When my family moved to Clinton, we met a lot of great people,” says Activities Director, Alex Johnson. “Two of those great people who welcomed us with open arms were Jake and Melana Kenney. From the moment I started in my position, I had the privilege and honor of working closely with Jake in his previous role as Henry Elementary Assistant Principal. Through working with Jake, that opened the door to also getting to know Melana. As I observed ‘Team Kenney’ support their own kids in various sports, it was clear that they also were loyal supporters of all our Clinton Cardinal Athletes. To me, this speaks highly of the character both of them practice on a daily basis and is one of many reasons I am so thankful to add them to our staff. I look forward to working with them in their new roles and I know they will do great things as a team for our Cardinal Cross Country program. Congratulations Jake and Melana!”
Historical Note: Many may remember Clint and Karen Sanders, another great ‘Cardinal Couple’. They coached Clinton Cross Country several years ago. During their coaching and teaching years, it was common for their teams to medal at State. The girls team medaled five times (‘91,’92, ’93, ‘99 and ‘00), winning the 3A State Title in 1993. The boys team won three State medals (‘97, ‘98, ‘99).