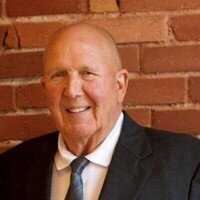 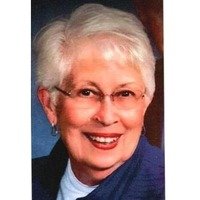 Charles William Antwiler, age 81, of Warsaw, Missouri, formerly of Marshall, Missouri passed away Monday, May 2, 2022 at his home. He was born on September 20, 1940 in Fristoe, Missouri the son of Johnny William Antwiler Jr. and Golda Faye (Downs) Antwiler. He grew up in Leesville, Missouri and graduated from Windsor High School in 1958. On October 11, 1963 Charles was united in marriage to Connie M. Johnson. They made their home in Marshall where he was employed as the Civil Engineer for the City of Marshall. In 2005 he retired and moved to Warsaw, Missouri.
Charles was a member of the Assembly of God Church in Marshall, transferring his membership to Windsor and then to his current church home at the Warsaw Assembly of God. He served his church in many capacities over the years, one of his most enjoyable ministries was his music ministry. Charles sang many years with the Sunray Gospel Singers and loved to share his love for old fashion gospel with friends, family and neighbors.
He was actively involved in the Royal Rangers and later the Royal Rangers Alumni in both Windsor and Marshall for more than fifty years.
Charles loved genealogy and to trace his ancestry. This thirst for knowledge took him across the area documenting and photographing area cemeteries. It also took him to many places across the country to find family members in many different states, going as far as Oregon on one occasion.
He is preceded in death by his parents, his wife Connie (Johnson) Antwiler, four brothers; Donnel Antwiler, Walter Antwiler, Roy Antwiler and an infant brother Randy, three sisters; Grace Antwiler, Mary Lou Doughterty and Faye Etta Antwiler.
After the passing of his wife Connie on March 15, 2020, Charles reconnected with his longtime friend Juanita (Johnston) Eckhoff and they were united in marriage on January 1, 2021. Also surviving is a son, Charles Antwiler, Jr. and his wife Colista G., of Overland Park, Kansas, a granddaughter, Colista M. Antwiler, of Oklahoma City, Oklahoma, a grandson, Robert W. Antwiler and his wife Alison, of Lenexa, Kansas, five grandchildren; TJ, Tremya, Trae Marie, Toby and Troy, two sisters; Wanda Antwiler, of Trenton, Missouri and Anita Harrelson, and her husband John, of Leesville, Missouri, four brothers; Darrel Antwiler, and his wife Dorothy, of Independence, Missouri, Ronnie Antwiler, of Independence, Missouri, Johnny Antwiler, and his wife Mary, of Calhoun, Missouri and Timothy Antwiler, and his wife Tina, of Calhoun, numerous nieces and nephews other relatives and friends.
Funeral Services will be held at 11:00 A.M. Saturday, May 14, 2022 at the Warsaw Assembly of God Church, 703 Elm Drive Warsaw, Missouri 65355. Visitation will be held one hour prior to the funeral from 10:00 until 11:00 A.M. Graveside services will follow the funeral at the Fristoe Cemetery in Fristoe, Missouri.
In lieu of flowers, donations may be made to the Southern Missouri District Royal Rangers c/o Warsaw Assembly of God, 703 Elm Drive Warsaw, Missouri 65355 (memo Charles Antwiler memorial) or donate online at https://onrealm.org/somoag/-/form/give/default (Under fund choose RR Offering – in the memo type Charles Antwiler Memorial.)
Terry William Keyte
Terry William Keyte, 66, of Clinton, Missouri passed away Friday morning, April 22, 2022 at his home. He was born January 30, 1956 in Windsor, Mo., the son of Robert William Keyte and Vivian Nell (Mather) Keyte.
He married Debbie Lea Stewart and they spent 46 years together. She survives of the home.
Terry was a truck driver for Hilty Quarries and Ed Schmidli Trucking for several years, retiring in 2005. He enjoyed hunting and fishing, going to the boats, playing the slots, but his greatest joy was spending time with his family, especially his grandkids.
In addition to his wife, surviving are two sons, Mike Stewart of the home and Tony Keyte (Kerri), Des Moines, Iowa; one daughter, Tracy Keyte of the home; three grandchildren, Vivian Grace Keyte, Benjamin Robert Keyte and Matthew Hunter Keyte; one brother, Barry Keyte (Ethel), Tightwad, Mo.; two sisters, Rita Stevson (Rich), Roseland, Mo., and Becky Kaiser (David), Warsaw, Mo.; several nieces and nephews; and his fur babies, Sadie Marie and Molly Mae.
He was preceded in death by his parents; and three brothers, Robert Keyte, Carey Keyte and Gary Keyte.
Terry’s wishes were to be cremated. There are no services scheduled at this time. Arrangements are under the direction of the Bradley & Hadley Funeral Home, Clinton. Condolences may be left online at www.bradleyhadley.com.
Peggy Ann Ragland