I met Micah Noble when we called a meeting in April of folks interested in helping to design the Back Nine at the Clinton Disc Golf Course in Artesian Park. His knowledge of the sport and his … 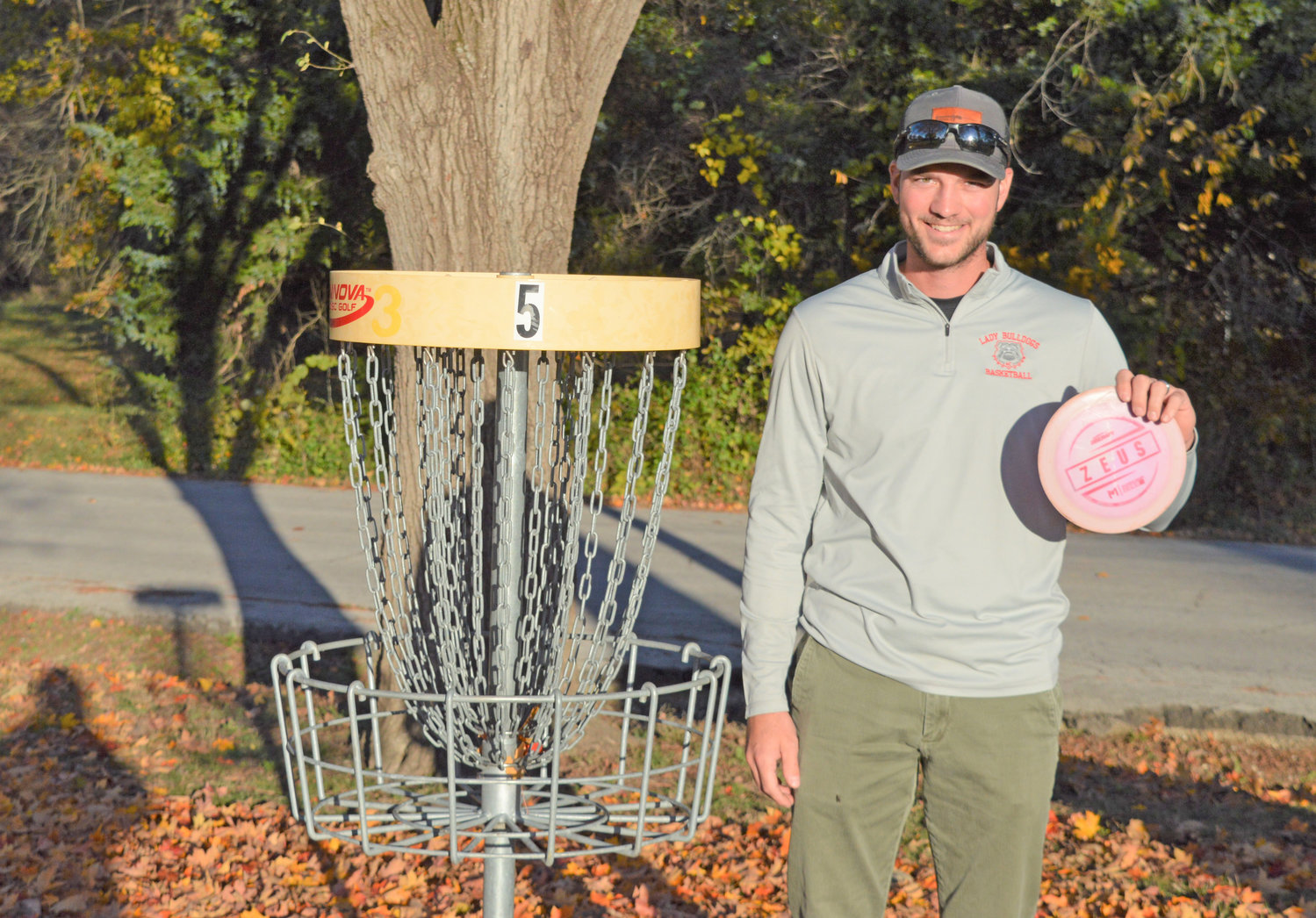 I met Micah Noble when we called a meeting in April of folks interested in helping to design the Back Nine at the Clinton Disc Golf Course in Artesian Park. His knowledge of the sport and his interest in helping was impressive. He helped a lot, not only in consulting, but with hands on labor. After months of working with him (and many others) we have a brand new Back Nine. So, I thought an interview with the best disc golfer I know might be fun. Here it is.
Micah Noble is from Appleton City, graduating in 2009. Micah and his wife Emily now live outside of AC. His parents are Paul and Melinda. Micah went to UCM and became an Physical Education teacher and coach.. He taught at Brunswick for two years and the last six years back at Appleton City. Micah was a serious basketball player in high school and knew nothing about disc golf. He was introduced to it in a college class, but did not take it seriously. While teaching at Brunswick he went to a local 18 hole course just for the fun of it and met Jon Parsons while playing.
“Jon became my mentor and a group of us started playing a lot and I was hooked. I am now a Professional Disc Golf player, certified by the PDGA.”
That means when he goes to tournaments he plays in the Pro Division and is playing for money not prizes.
Micah explained, “I have played for seven years now and have been a Pro for about a year and a half.”
There are three levels of Pros A, B and C with ‘A’ being the top. He has played all levels and has won two C Tournaments so far.
“My goal, of course, is to start winning at the Pro B and A levels. I also want to get to the 1,000 rating which is similar to being a scratch golfer.”
Micah reminded me if you make it to that level sponsors usually come your way. One of the top Pros (a Paul McBeth) recently signed with the Discraft Company for 10 years and 10 million dollars. Why disc golf I asked. He said it is enjoyable, free, outdoors and you can focus on self improvement and get into competitions if you want. He mentioned the sport is growing very fast. With a smile I asked if he liked the 18 hole course at Clinton. The answer of course was a big yes (remember he helped design it). Good Luck Micah. Dream big and throw far. 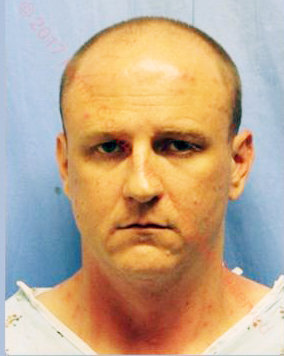 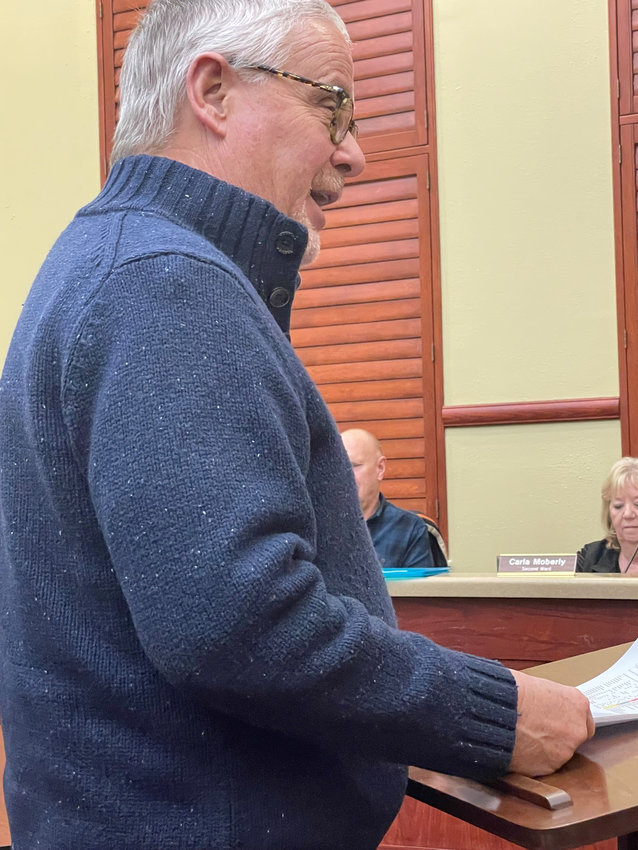 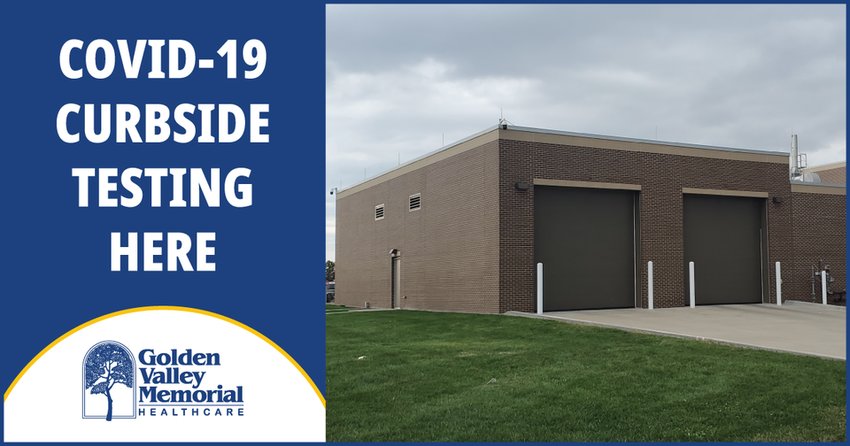 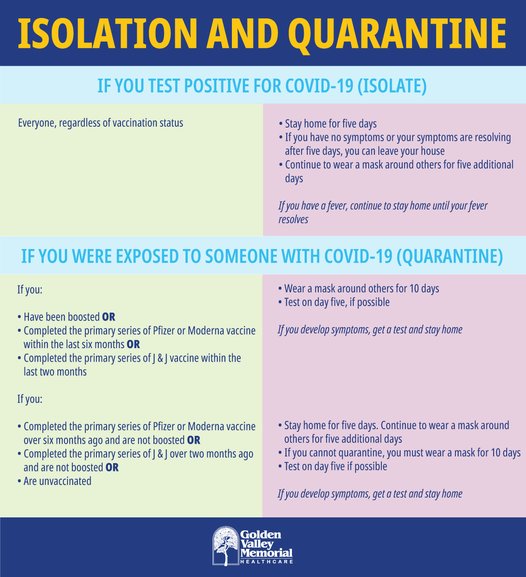