The Clinton City Council met January 3 at City Hall. All members of the council were present, Mayor Greg Lowe presided. After saying the Pledge of Allegiance, the previous meeting's minutes were … 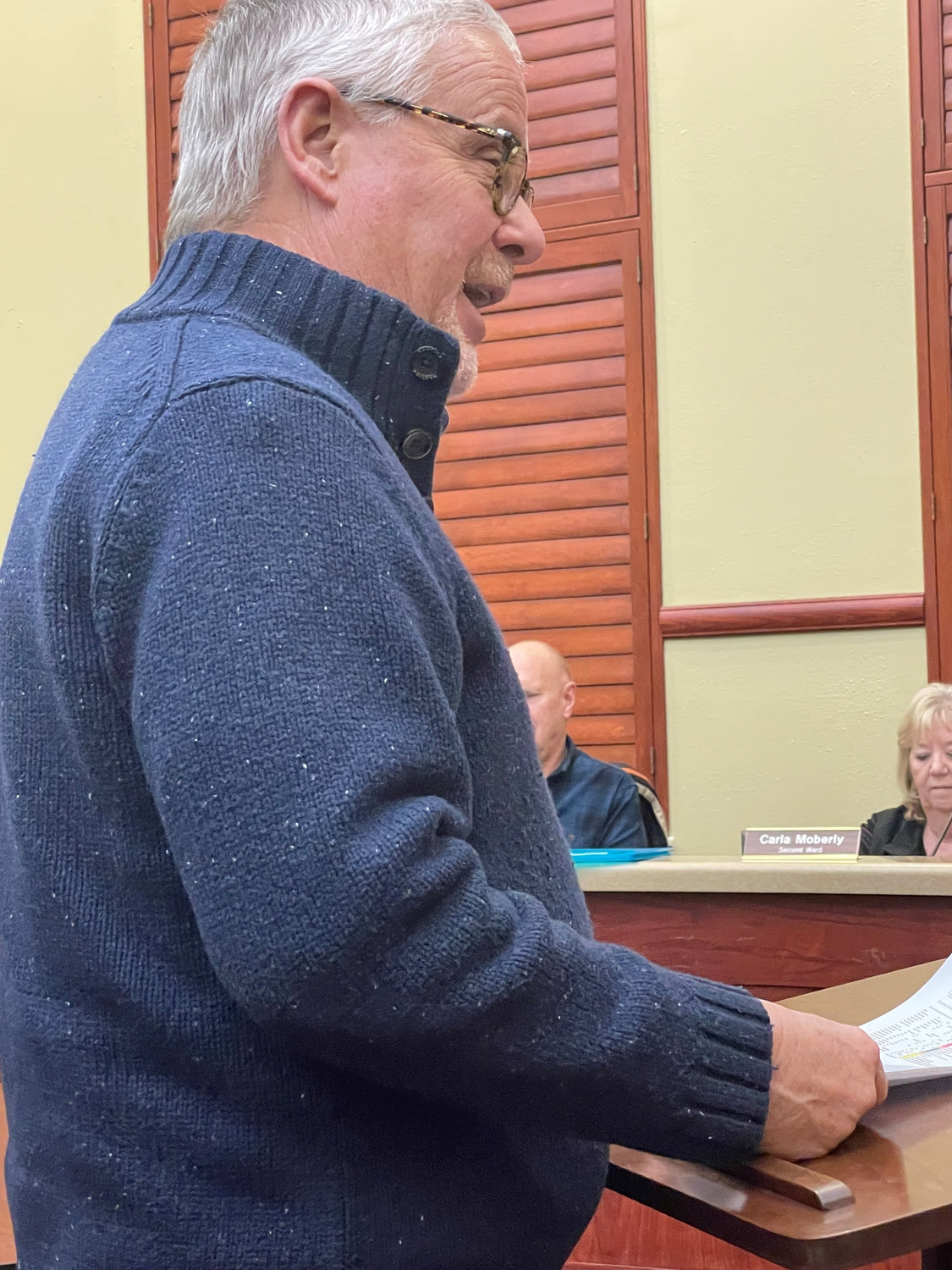 The Clinton City Council met January 3 at City Hall. All members of the council were present, Mayor Greg Lowe presided. After saying the Pledge of Allegiance, the previous meeting's minutes were approved.
David Lee, Clinton Area Chamber of Commerce Director, reported to the council that the “receipt to receive” program at the chamber went well this year. He also reported that the disc golf course is completed. There may still be a small bridge and some signs added to the course, but a grand opening will be held this Spring. He reminded the council that Burke's Outlet (clothing store) will be holding its (tentatively) grand opening on Valentine's Day this year. Burke's will be located where previously Gordman's was at. Lee also mentioned that Clinton was featured in an ad in Bus Tours magazine as a possible place to visit. He told the council that Sunrise Dispensary held its grand opening last week. “No matter how you feel about medical marijuana,” said Lee, “they did give me a tour and the place is very secure.” Lee concluded his report by recognizing that Rick Pereles was the city's representative to the Greater Area Clinton Chamber of Commerce. He expressed a wish that whoever is elected Mayor in April might retain Pereles in that capacity.
Mark Dawson gave the economic development report. He said there have been three manufacturing projects opened this month. He did report that one potential interest could not be submitted on because of power supply issues. Dawson reported that the virtual dynamic building tool has been used for at least one project – a company interested in potentially buying and expanding the spec building (at Gerhart Industrial Park). There is also some interest in a potential project who is needing rail service at the site. “The [viritual building] tool gives us a budget and timeline on a project,” said Dawson. “It also allows us to see who is looking at it.” That information can be useful.
Dawson concluded his report by noting he is (tentatively) scheduled to be at a site location meeting in April, and one is in Chicago in April as well. Other site location meetings could include Memphis in August.
There were no second readings of previously read bills, nor a public works or public safety report.
The finance committee report was given by Carla Moberly. She brought up the topic of business licenses. It was reported that 14 businesses are currently operating without licenses. There is, apparently, a potential issue that many have paid but because of an online submitting process it may be that some of those businesses were unable to obtain proper registration. “There is an issue with trying to get the paperwork,” said Moberly. It is not the case for all of the 14 businesses, and Councilman Gene Henry asked why, when those licenses were due October 1, there is still an issue at all. The city attorney did clarify that the offense is one where a ticket could be issued and could, potentially, be a civil court matter. At the moment, certified letters will be sent out to those not in compliance.
The ongoing process of looking into refinancing the city's debt obligations is still moving forward. Currently the city will see if the project qualifies for insurance and also see if the cost will offset – that information will be known later in the week. There is also a potential cost differential for the Franklin Street Bridge project from the American Recovery Plan Act funds. At the moment, the city is still waiting on the Corps of Engineers to approve a permit pertaining to the project.
The Clinton City Council approved the company Heritage Airduct (in the amount of about $8,000) to clean the city buildings' air ducts.
There was no Mayor's report or City Administrator report, and no unfinished business. Councilman Daniel Wilson asked for an update on the traffic signal changes at the corner of Green and Second Streets – which has, at times, been really “out of whack.” It was reported it will be accomplished (time frame not reported). Recall that the “fix” will be to remove the left turn signal from the north/south bound traffic lanes, and after 8 p.m., the light signals will be flashing yellow which should significantly improve the traffic flow for both streets.
The council adjourned to executive session at about 6:24 p.m.

CHS Graduates Ready To Take On The World